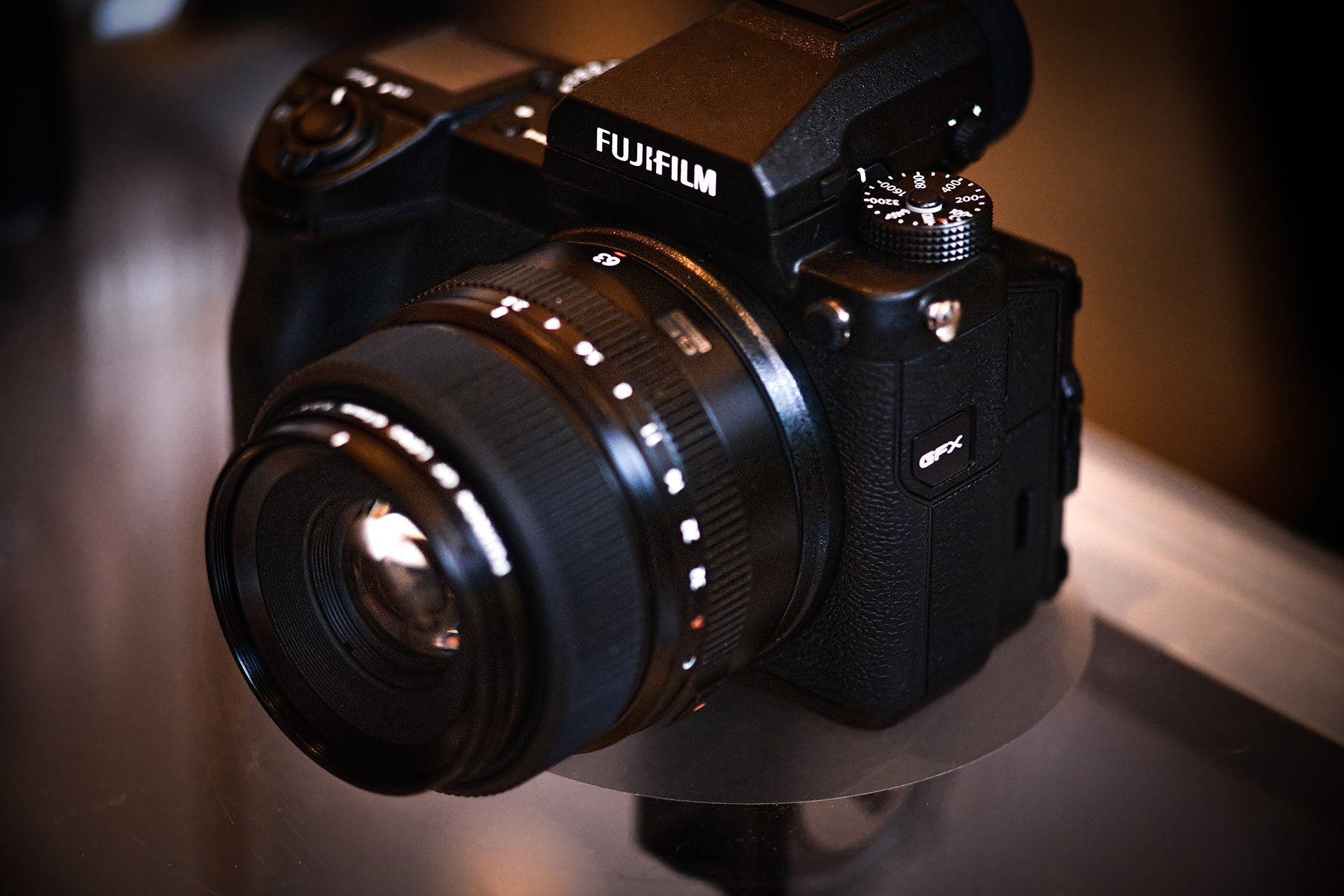 At Photokina 2016, Fujifilm shocked the photographic industry by announcing the production of the GFX 50S, a mirrorless medium format digital camera with a redesigned 44x33mm CMOS sensor. Unlike the Hasselblad X1D that was announced months prior, the GFX 50S sported both a focal-plane shutter and full electronic shutter. This game-changing feature meant that users could use any of their vintage medium format lenses onto the GFX 50S; the G mount system was now open to the vast ocean of lenses from the 19th century and onward.

The design of a lens, focal length of a lens, aperture, number of elements, focus distance, default flange distance, size of the front and rear elements all contribute to the size of the image circle projected by the lens. A telephoto portrait lens with a large aperture would have relatively wide front and rear elements, resulting in a bigger image circle than the image format it was designed for. We can apply this knowledge to say that many 35mm lenses will cover the 44x33mm format of the GFX 50S.

In order to test out this theory, I had to first find a way to adapt 35mm lenses onto the GFX 50S. Being a mirrorless camera, the flange distance of the GFX 50S is a short 26.7mm. Canon EF lenses have a much longer flange distance of 44.0mm, meaning that if one creates an adapter with a length of 17.3mm (the difference in flange), the adapted Canon EF lenses would retain the same focusing range on the GFX 50S as it would on any Canon EOS body (including the ability for infinity focus). Using the mount specifications of a GFX 50S brochure, I was able to 3D-print a prototype EF to G-mount adapter at the local library. 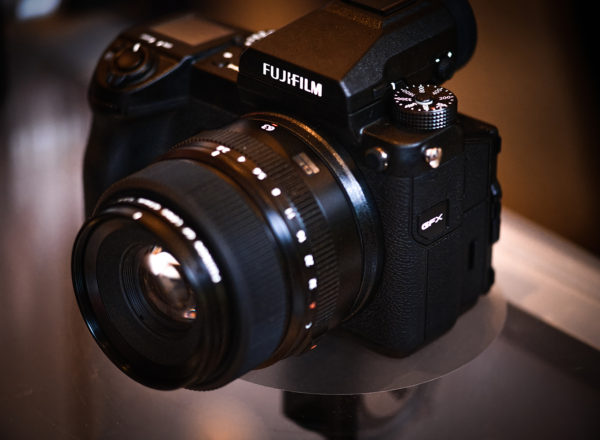 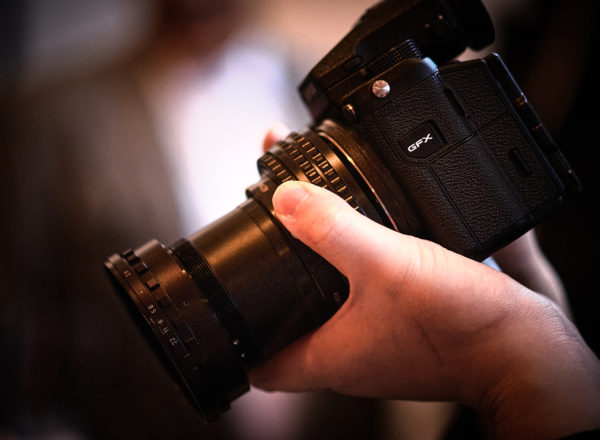 You may ask why anybody would use a lens designed for 35mm on a slightly larger imaging sensor (GFX 50S). The main reasons are image quality and artistic choice.  Smaller format lenses are generally designed to resolve more detail than larger format lenses. All the tilt-shift 35mm lenses would cover the 44x33mm format, with room to spare for movements. A landscape or architecture photographer can use the shift feature to correct for perspective distortion, or for DoF control using tilt. 35mm lenses tend to have large apertures from f/0.95 and onward, meaning they can be used for low light photography, or images with extremely thin DoF (portraiture, for example). The result of putting a 35mm portrait lens onto the GFX 50S may be swirly or soft corners, but many vintage and modern lenses are able to resolve the extreme corners of larger sensor quite well.

We tend to be inspired by medium and large format film photography for the unique and shallow DoF look. A Pentax 67 with a Takumar 105mm f/2.4 has a DoF equivalence of a 53mm f/1.2 lens on a 35mm camera (digital full-frame or film). The infamous Aero Ektar 178mm f/2.5 on 4×5″ has a 35mm DoF equivalence of 52mm f/0.7. To get a similar DoF equivalence, we would have to use a Zeiss/Jena Biotar 75mm f/1.5 on the GFX 50S (35mm DoF equivalence: 59mm f/1.2). We can assume that using large-aperture (f/0.95, f/1.2, f/1.4) lenses on the GFX 50S will allow us to get similar DoF equivalences of the 67 and large format cameras. By capturing more of the image circle drawn by a lens, we also capture more of the edge aberrations (distortion, cat’s eye bokeh, swirling, etc) of a lens and thus it’s unique rendering characteristics. The artistic choices we have as digital photographers are now endless.

Downtown Camera and Aden Camera organized events for interested photographers to try out the GFX 50S. I decided to bring the prototype adapter with the Sigma 85mm f/1.4, Canon 135mm f/2.0L, Canon 24mm f/3.5TS-Eii, and a Porst 50mm f/1.7 macro. The first demo day at Downtown Camera proved that my adapter couldn’t fit inside the G-mount, so I made some revisions and tried the lenses again at Aden Camera’s demo. The Sigma 85/1.4 covered the entire 44x33mm sensor with no noticeable vignetting, including infinity focus. Similarly, the Canon 24/3.5 had no noticeable vignetting at infinity, and the only vignetting appeared at full vertical shift. I noticed that there was a color shift (fixable with WB settings) in the image with extreme shift. The Canon 135/2.0 had vignetting at infinity and distant portrait distances, but the vignetting disappeared upon focusing to five meters or closer.

I would like to give a big thanks to Fujifilm Canada, as well as Downtown Camera and Aden Camera in Toronto, for letting us try out the GFX 50S and allowing me conduct this test.